LEGENDARY Nessie hunter Robert Rines is giving up his search for the monster after 37 years.

The 85-year-old American will make one last trip in a bid to find the elusive beast.

After almost four decades of fruitless expeditions, he admitted: "Unfortunately, I'm running out of age."

Despite having hundreds of sonar contacts over the years, the trail has since gone cold and Rines believes that Nessie may be dead, a victim of global warming. 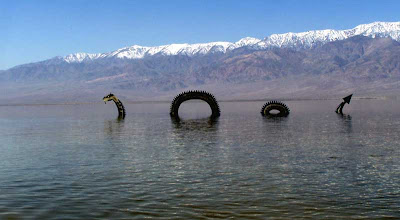 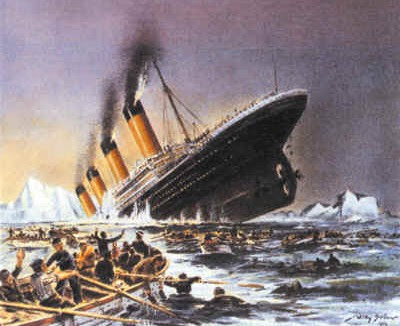 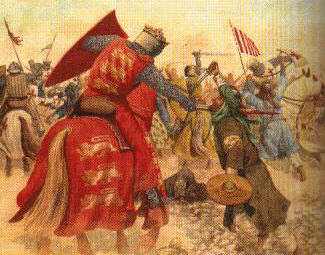 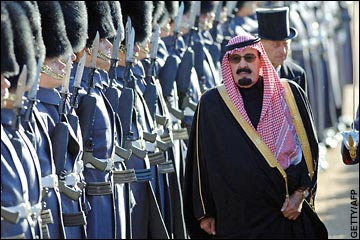 Many western governments have a lofty ideal—to create a society, where people of different race, religion, culture, and tradition live together in peace and harmony, without losing their root identity. [...] Happily adopting this Kafir (Islamic term for non-Muslim) multiculturalism, many migrants have successfully integrated with the host nation. This has enhanced their life style, quality of living, and a good perception of human bondage. They are pleased to practice their respective religions with full freedom, and maintain their tradition and culture without encroaching on others’ freedom to do so. There is, however, one exception—Islam. Islam is at odds with this Kafir Multiculturalism, even though Muslims use this policy to their advantage.
[...]
We must comprehend that the Islamists have a totally different idea of multiculturalism. The foundation of Islamic Multiculturalism is solidly based on the supremacy of Islam, primacy of the Arabs, and the global Islamic Ummah. They find the western concept of multiculturalism too easy to use to their advantage.

The Qur’an makes it very clear that Allah is the owner of infidel lands. This is non-negotiable. Here are a few sample verses:

Allah gradually reduces the land controlled by the unbelievers... 21.44

Allah promises believers His sovereignty on earth. He will establish the authority of His chosen religion (Islam)…24:55

Explained by ibn Kathir, this means Allah has made Muslims the leaders and rulers of mankind through whom He would reform the world and to whom people would submit, so that they would have in exchange a safe security after their fear. Here is another verse:

Islamic religious freedom means the right to terrorize the Kafirs.
[...]
From Canada, to Britain, to Australia, the USA, France, the Netherlands, Denmark, and in virtually every infidel land, Islamists are pursuing their agenda doggedly. What they might not achieve through Islamic terrorism, they will accomplish through political lobbying. This is far more dangerous than Islamic terrorism.
[...]
The believers must make war on unbelievers and hypocrites and show firmness…9:73

On the plain language description of this verse, ibn Kathir writes that Allah has commanded the Muslims to fight with sword the disbelievers, to strive against the hypocrites with tongue and has annulled lenient treatment of them. Perform with sword jihad against the disbelievers, and be harsh with the hypocrites with words. This means establishing Islamic penal laws, i.e. Sharia laws against them.

This is Islamic Multiculturalism in action—in full nakedness. This verse says that Muslims should use terror to force Islam on infidels; where that is not possible, use tongue (that is lobbying) to implement the Sharia laws. What a great idea, come to think of it. In one front, the Islamist terrorists are working to cast terror in the minds of the unbelievers, at the same time the so called moderate Islamist are joining the ‘dialogue’ sessions with the infidels, and submitting their demands. The message is so loud and clear—‘if you do not accept our demand peacefully, we will invite the terrorists to get what we do not acquire through negotiation.’ This is such a simple but a powerful strategy of blackmail, if only the infidel PC politicians had read and comprehended the above verse. The Islamic Multiculturalism strategy is there, in the Qur'an, fully written, if only the Kafir policy makers take the time to read the Qur'an.
[...]
The believers (Muslims) must make war on infidels around (close neighbours) them and let the infidels find firmness in them…9:123

The above verse says it all — Muslims can never be friends of non-Muslims; it is just impossible. Islamic Multiculturalism can never accept Kafir Multiculturalism. This explains why it is just not possible to integrate the Islamists in a multicultural society, such as Australia, Canada, the USA, and UK. The Qur'an does not allow the Muslims to integrate with the non Muslims. Those Muslims who do integrate are simply violating the Qur’an; they are not Muslims in any sense of it. The Qur'an even calls such Muslims as unbelievers and Allah has reserved a painful punishment for them.

The Qur'an (9:23) commands the Islamic rulers to impose jizya tax on the non-Muslims. Islamist apologists residing in infidel lands often justify this poll tax as a revenue measure in conformity with the zakat for the Muslims. The Qur'an’s says this punitive tax system is to humiliate the non Muslims and not to raise revenue only.

We might think this jizya is simply not possible in today’s world.

But hang on. The Islamists are not that stupid. They extract jizya from the Kafirs in many other ways. This insidious coercive method of raising jizya money need not be only in cash. The manipulative measures may be: forcing infidel governments to offer concessions for the Muslims in jobs, scholarships, financial aid exclusively reserved for the unemployed Muslim youths, reserving real estates in educational institutions, factories and offices for the Muslims to offer prayer, the time lost in such prayers, the reservation of swimming pools, fitness centers, special provisions for Muslims during Ramadan fasting, entertainment centers just to cater for sex-segregated Islamic community, and so on.