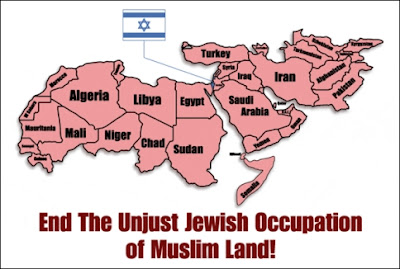 After 40 years of living under Israeli occupation, two stints in Israeli prisons and a military checkpoint on the same road as his odds-and-ends shop, one would think Nabil Gheit would be happy to hear an Israeli prime minister contemplate handing over parts of East Jerusalem to Palestinian control.

But the mayor of Ras Hamis, a Palestinian neighbourhood on the eastern fringe of this divided city, says that he can't think of a worse fate for him and his constituents than being handed over to the weak and ineffective Palestinian Authority right now.

"If there was a referendum here, no one would vote to join the Palestinian Authority," Mr. Gheit said, smoking a water pipe as he whiled away the afternoon watching Lebanese music videos. "We will not accept it. There would be another intifada [uprising] to defend ourselves from the PA."

Mr. Gheit, with two posters of "the martyr Saddam Hussein" hanging over his cash register, can hardly be called an admirer of the Jewish state. But he says that an already difficult life would get worse if those living in Ras Hamis and the adjoining Shuafat refugee camp were suddenly no longer able to work in Israel, or use its publicly funded health system.

(Via Melanie Phillips)
Posted by Mikael at 12:23